EBP in the heart of Berlin

EBP Deutschland has moved its headquarters from Potsdam to Berlin. Located in the middle of Berlin’s «Europacity» development zone, the new office building offers an impressive display of harmonic structural, functional and aesthetic features – not least thanks to our Zurich-based specialists.

Located on the Spandau Ship Canal, next to the Hauptbahnhof (Berlin’s main railway station) and across from the Department of Commerce, the new five-story building offers the unique advantage of being in the heart of the city and nonetheless surrounded by green. The first tenants are set to move into the building in December 2016. These will be followed in December by EBP Deutschland’s 32 employees who will be relocating to the new capital-city headquarters after spending up to 20 years in Potsdam.

EBP Deutschland relocates to a new office building in the center of Berlin.
Located on the Spandau Ship Canal, next to Berlin’s main railway station and across from the Department of Commerce, the new building offers the unique advantage of being in the heart of the city and nonetheless surrounded by green.
Numerous details needed to be carefully harmonized on the way to perfecting the building envelope with its self-supporting exposed concrete façade.
The lion’s share of the power that is necessary for the system power is supplied by a photovoltaic installation on the roof.

The jury of the architectural design competition awarded the design contract to the Swiss architectural firm Miller & Maranta in 2011. As the developer and owner, EBP was determined to add to the reputation of «Europacity» as an up-and-coming district by creating a building of outstanding and timeless architectural quality. An office building that would accommodate alternating phases of concentrated independent work and expansive teamwork, offer appealing spaces for spontaneous encounters and communication, and constitute a model of sustainable architecture. In the end, all of these objectives were met – to which the architects, engineers and other specialists at EBP Switzerland essentially contributed. Today, all of those who worked on the project are proud of what they achieved by mastering the many challenges.

An abundance of details on the energy concept and the self-supporting, exposed-concrete façade have to be harmonized carefully.

The task involved nothing less than designing a building that would offer comfort, energy efficiency, sustainability, architectural flair, user-friendliness and cost effectiveness. Today, the new building meets the demanding specifications of the DGNB Diamond sustainability standard. Its energy consumption is around 30% below the energy requirements issued by the city of Berlin. The cornerstone for this energy performance was our energy concept, according to which maximum energy efficiency, the highest level of comfort and streamlined building-services engineering are to go hand in hand. The keys to this include an optimized building envelope, the use of concrete for its high thermal storage capacity and our innovative ventilation concept. The air in the corridors is conditioned using special ventilation units to either heat or cool the air in the office rooms. The lion’s share of the power that is necessary for this system power is supplied by a photovoltaic installation on the Roof.

The building’s envelope, with its self-supporting, exposed-concrete façade, features many distinctive and carefully harmonized details. Only loosely attached to the core structure, the building’s façade is actually continuously in motion. While building joints are usually necessary to prevent the formation of cracks in the concrete, our façade designers and structural engineers made use of a sophisticated structural concept that enabled them to do without joints. Given that the façade was poured on location, and not prefabricated as is usually the case, it was necessary to “thread” the windows, doors, insulation materials and many other of the façade elements through the narrow gap between the main structure and the façade, a task that required highly demanding and creative planning work.

Major challenges also turned up after the planning phase. We were frequently confronted by obstacles that threatened to delay the building’s construction. For instance, we were temporarily denied a building permit because the diaphragm walls we needed for the excavation pit would have extended onto an adjacent property. Later, we ran into a construction delay because the arm of a crane at the site extended out over another site. However, no matter what obstacles appeared, we always wound up reaching our goal. This certainly is also on account of our commitment to dialogue as a means of settling problems.

Our team (from left to right): 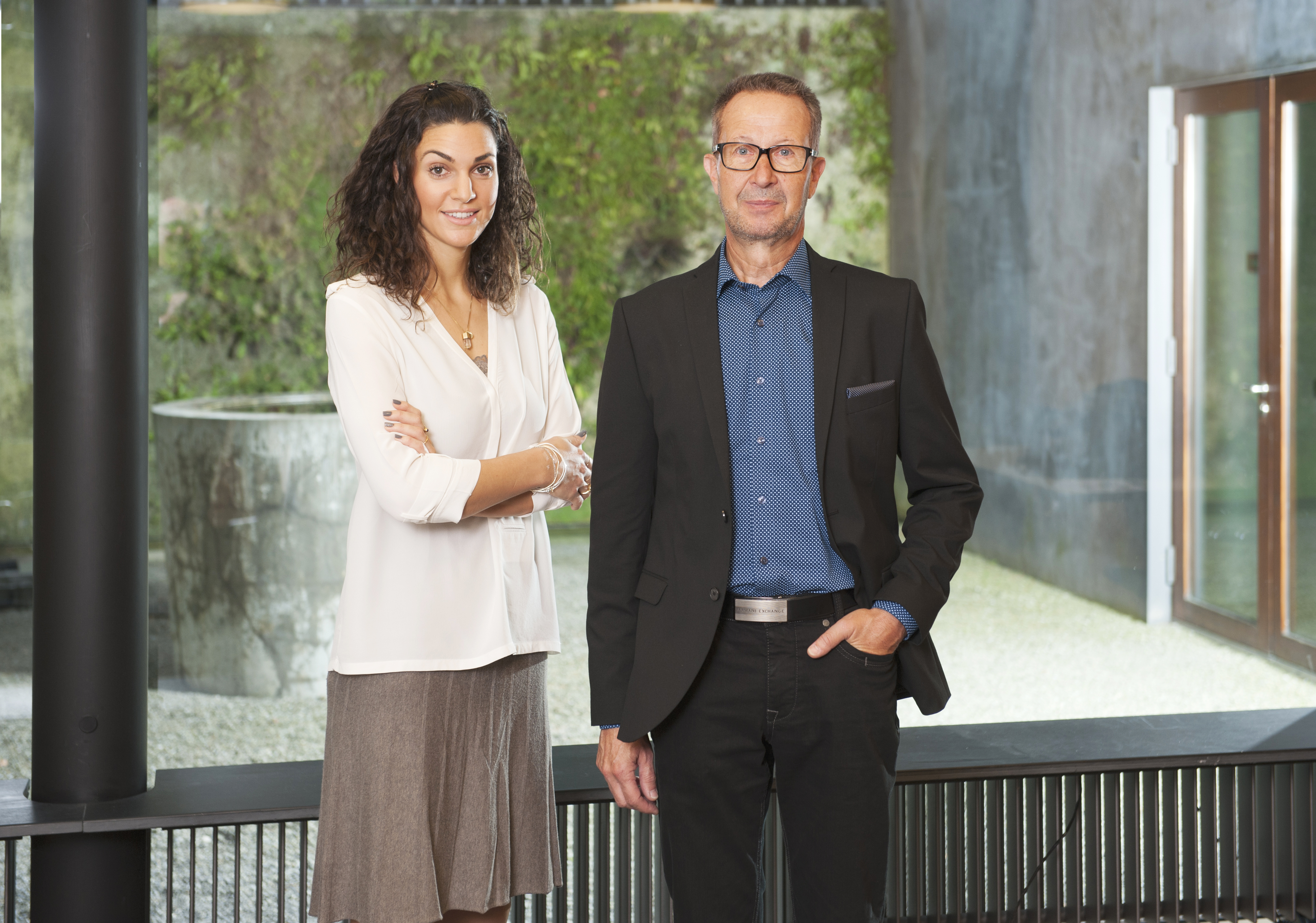 Corinne Kramer is in her element when it comes to lighting design. As a specialist for architectural lighting, she was predestined to play a leading role in the Berlin project. Whether it was a matter of passive-light optimization or meeting DGNB specifications, Kramer found the challenges exciting and rewarding. When not at work, Kramer recharges her batteries at the fitness studio, dancing and doing yoga.

Stefan Jaques played two major roles in the office-building project. He was the project manager and he was the chief consultant to the developer. Jaques found the challenge of mastering the two roles both highly demanding and inspiring. On weekends and when projects have been brought to completion, Jaques enjoys spending time with his wife at the lake or mountain biking and motorcycling. 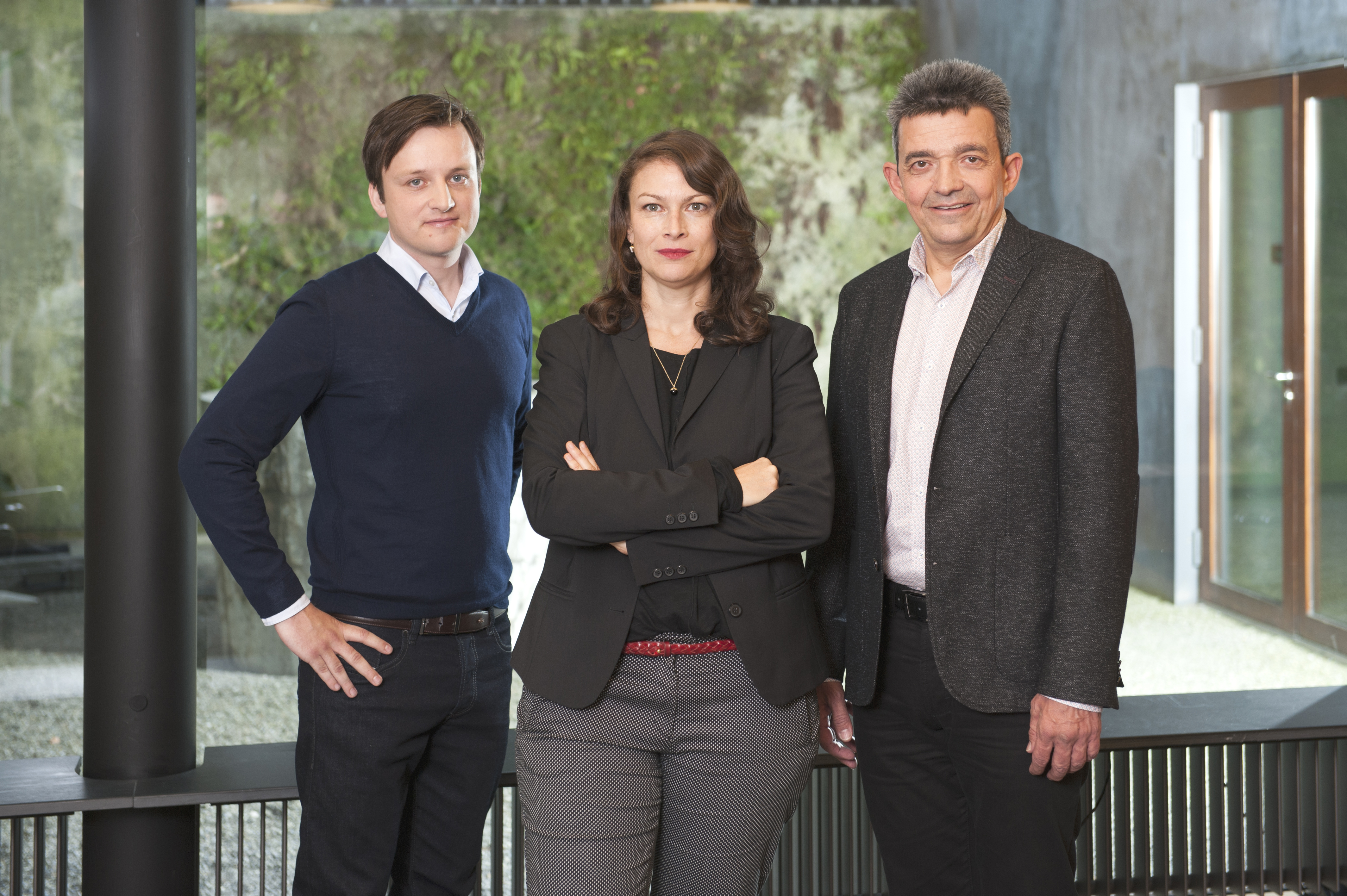 Thomas Espinosa is a civil engineer who works in the field of construction engineering. While he concerns himself primarily with load-bearing aspects of critical infrastructure and identifying solutions in the area of foundation construction, his skills are also in demand for structural engineering projects. When not at work, Espinosa spends his time with family and friends – or traveling throughout the world.

As an architect with a remarkable sense of design, Eliane Kobe played a valuable and continuous role in the successful realization of the office building. When not at work, Kobe likes to spend her time gardening. As a member of the board of directors of her cooperative, she is also very active at a community Level.

As an electrical engineer, Rolf Schneider was assigned the task of determining the specifications that all of the electrical systems needed to meet for the Berlin project. Schneider was a valuable liaison when it came to meeting the wishes of the tenants. On weekends and vacations, Schneider heads for the mountains, both in summer and winter, visits faraway countries and spends a lot of time out biking.